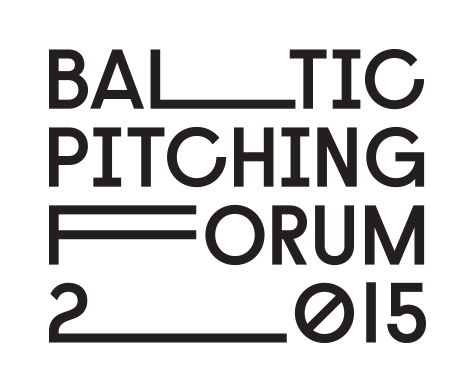 Event – to be held in Vilnius from October 9th-10th 2015 – looking for live action and animation shorts to be pitched at event that promises to help filmmakers gain more recognition on the international scene.

The Baltic Pitching Forum is a two day event that aims to provide a focus on some of the projects and talented filmmakers currently coming out of Lithuania, Latvia and Estonia. Consisting of training and pitching, the event helps filmmakers from the Baltic region gain international recognition in the European marketplace while also promoting the region and its filmmakers. It aims to set up a place for short filmmakers situated in the Baltic countries to present their new projects whilst sharing common issues and knowledge, exchanging experiences and good practices, developing artistic ideas and increasing contacts. The event will also encourage them to attract active European producers, TV commissioners, film fund representatives, VoD and festival programmers and distributors.

The Forum will consist of one-day pitching training and one-day pitching sessions of selected projects alongside one-to-one meetings with film professionals from all over Europe. The first day of the Forum will be dedicated to training regarding successful pitching and how to prepare for it. The second day of the Forum will be taken up with the presentation of the selected projects in front of an international panel consisting of seven members.  After the presentation, one-on-one meetings between invited film professionals and participants will take place.

During the forum one project will be selected by the international panel to receive travel to the  European Short Film Co-production Forum Euro Connection, which will be part of the 41st Clermont-Ferrand International Short Film Festival held at the beginning of 2016. The same panel will also choose a project to take part in the European Short Pitch which will take place in 2016.

It will be open to Lithuanian, Latvian and Estonian based film directors and/or producers, or Baltic born producers and directors based in another country. They will have been expected to have finished at least one short film project and to be now developing a new project which is a fiction or animation short film no longer than 30 min. and oriented to an international audience. 2015 will mark the first time that the Baltic Pitching Forum will also allow submissions of animated shorts. 9 short film projects will be selected by the selection committee – 3 projects per country –  and up to 2 representatives of each selected project (producer or/and director) will be invited to take part in the training and pitching sessions held in Vilnius. Unsuccessful entrants will also be allowed to attend the sessions as observers.

The Baltic Pitching Forum will be held 9-10th October 2015 during the 10th International Short Film Festival “Vilnius Film Shorts” in Vilnius, Lithuania. The application deadline is 1st August and full application criteria and information can be found at https://filmshorts.lt/en/bpf-2015-2/

The following are the representatives of the Baltic Pitching Forum in their respective countries:

Marija Razgute, marija@filmshorts.lt (Lithuania) – please email for general information on the event and being an observer and for information on participation if you are from Lithuania

Laurence Boyce, laurence.boyce@gmail.com (Estonia) – please email for press information and for information on participation if you are from Estonia

Agnese Logina, agnese@rigaiff.lv (Latvia) – please email for information on participation if you are from Latvia